I’ve always wondered what the demographic conditions needed to setup a food hall.  There is of course no exact science to where Food Halls locate, although we do know the majority are in urban areas where they have a high density mix of customers throughout the day.  But do they prefer more affluent and older neighborhoods, or neighborhoods that are more young and upcoming?

I set to find this out.

I first plotted 33 of the United States most popular food halls on BatchGeo using their addresses and zipcodes.  I tried to get a good mix of food halls from across the U.S.  Disclaimer: I predominantly left out the big chain food halls such as Eataly since they are an entity all to their own.  I also left out highly tourist driven food markets such as Pike Place in Seattle. 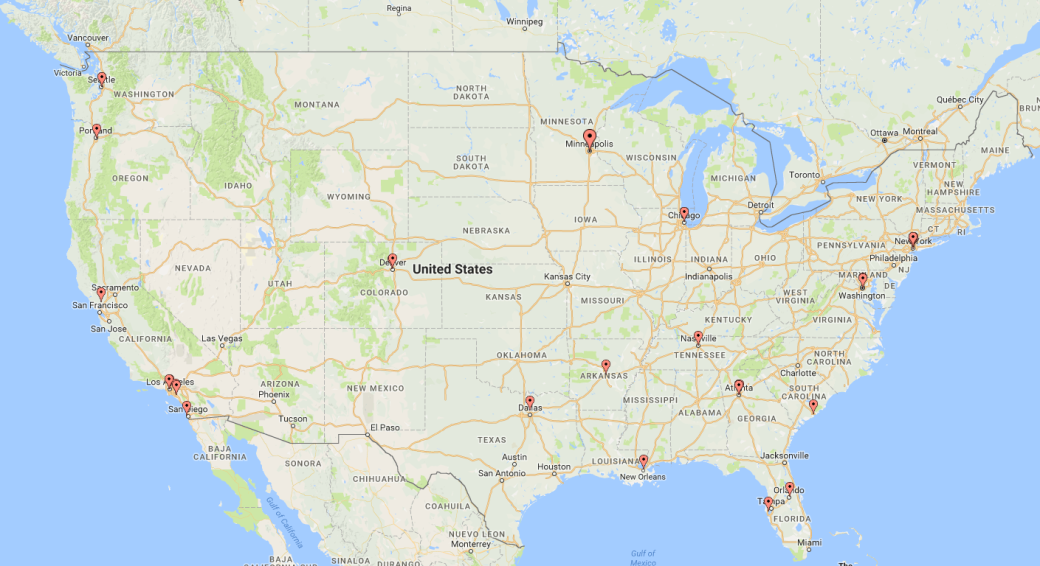 Then using demographic data from ESRI (on a zipcode level basis), I was able to determine a basic understanding of the neighborhoods demographic characteristics that each Food Hall is located in.  It led me to a few basic conclusions for all 33 Food Halls:

What I found most interesting is that 70% of the food halls are located in areas that have lower median household income than that over their County, and usually of adjoining zipcode areas.  Many of the time it is because the downtown setting.  Many American cities downtown’s still feature extremely low incomes in comparison to their suburbs.

If you extract the food halls that are outside of the downtown core, the fact still remains true.  75% (12 of 16) of food halls still had lower median household incomes than their County that they reside in.  This includes some very low income areas for food halls such as The Source in Denver ($31,000), Mercado La Poloma in Los Angeles ($20,000), and The Cigar Factory in Charleston ($25,000).  All three of these food halls are on the downtown fringe of their respective city.

This displays that there really is not one type of food hall, and not one single indicator of why food halls locate where they do.  High incomes in the local neighborhood is not the deciding factor, and neither is a highly dense urban location.  The conclusion is that there are several types of food halls, and I will be attempting to create food hall typologies based out of this aggregation of data.