In July I wrote about “The Grow”, a planned Agrihood in Orlando, Florida.  The project faced opposition from community groups due to the size and scale of the development, but I was more worried about how it was positioned.  As I had stated, less than 1% of the entire development was planned for agricultural uses.  Ultimately, The Grow looked more like a typical suburban community than a residential community based around agriculture which is how it was spun.

According to the the Orlando Business Journal, The Grow’s rezoning and regulatory plan was approved by the county in September and the developer can now move into the design stage of the project.  It is expected that shovels could be in the ground by end of 2017.

At this point, the developer has increased the amount of potential agricultural uses on site.  What was a 6-acre farm has now turned into a 9-acre farm and community barn, 20-acre community park, plus the addition of community garden plots spread throughout the development.  There is also talk of various sustainable features incorporated into the development.  I believe this is a positive step towards making The Grow an actual Agrihood, rather than simply a marketing spin. 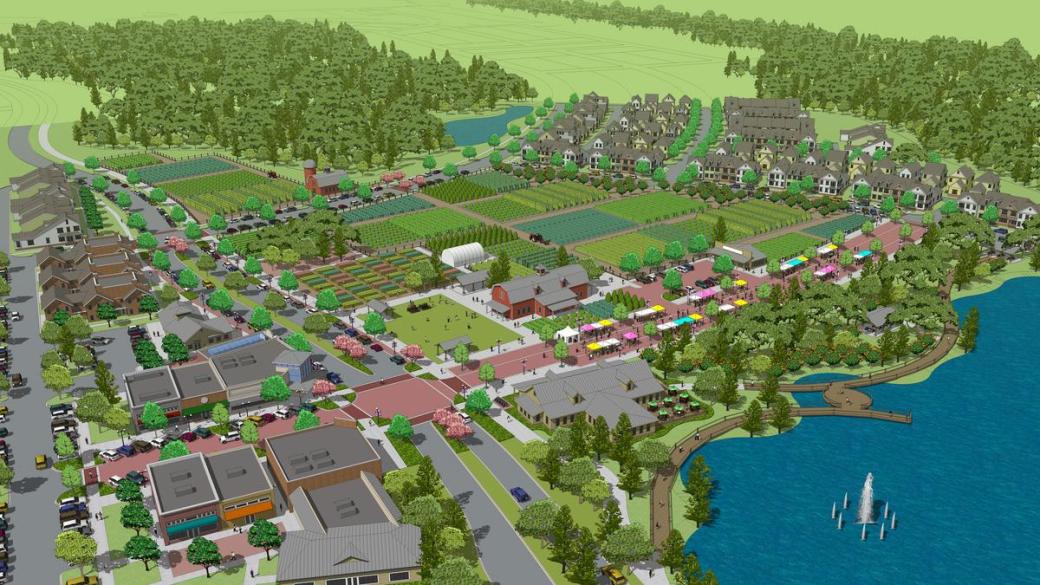 The Grow Conceptual Sketch – Image credit to: The Business Journals