A few minutes down the Eastside BeltLine Trail from Ponce City Market are two other interesting COD’s.  The first is the “Common Ground” development, brought together by Third & Urban Development.  The old manufacturing building is the former home of the Western Electric Company.  It was re-vamped in stages, with well-known Atlanta restaurant TWO Urban Licks first taking space quite a few years back.  Celebrity sightings are not unusual at TWO Urban Licks, and on my visit I was just a few tables down from Cee-Lo Green. Common Ground building in 2013 prior to redevelopment – Source: Google

Common Ground’s other anchor is New Realm Brewery, which opened a 20,000 square foot brewery and restaurant in 2016.  During my visit in early October, they were putting the finishing touches on their 85-seat beer garden that sits adjacent to the BeltLine trail.  Both the beer garden and expansive patio of TWO Urban Licks creates a lot of human-scaled activity along this stretch of the BeltLine.

In addition to the two anchors, there are other food concepts such as full-service restaurants The Brasserie and Estrella which are operated by the same owner who runs a retail/restaurant concept.  There is also a small amount of office space in the project for companies looking to locate their business to one of the trendiest new spots in Atlanta. 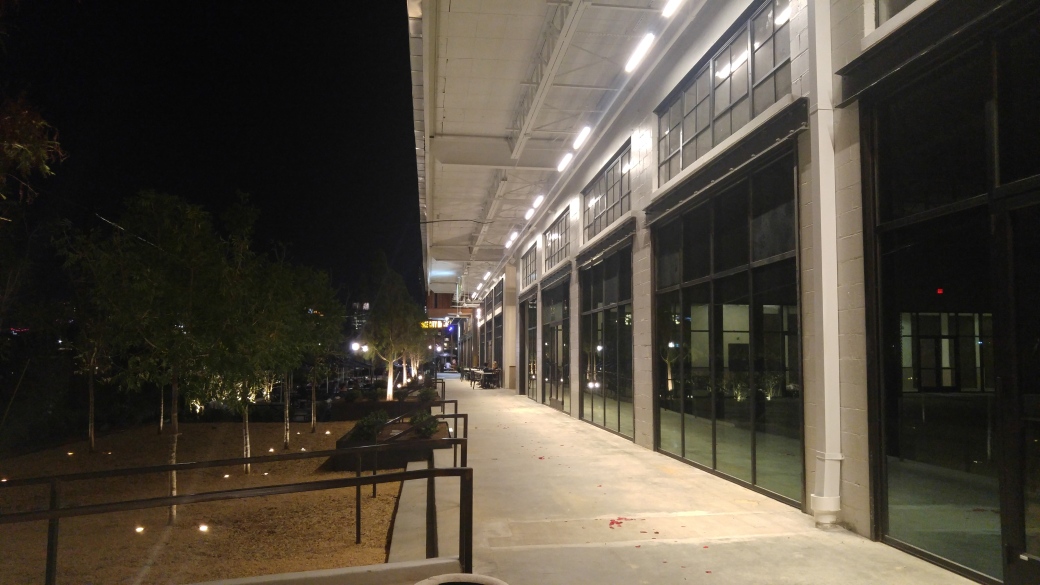 The second culinary oriented development is a food hall I blogged about over a year ago.  I was finally able to visit Krog Street Market just prior to hopping on a flight back to Vancouver.  It was a sunny Friday afternoon and the outdoor and indoor seating of the 30,000 square foot food hall was packed. 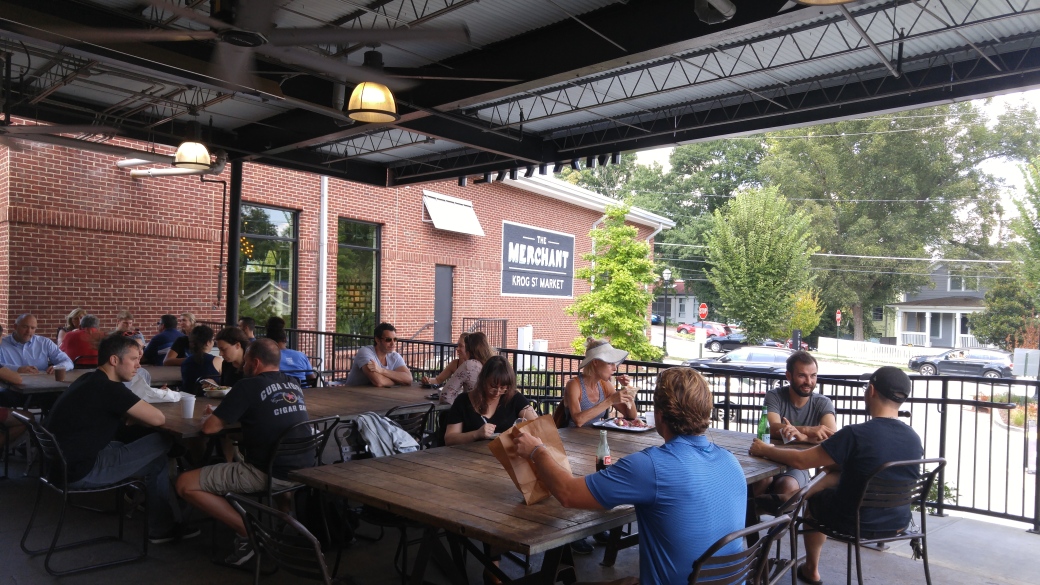 Krog Street Market has recently changed ownership, but all the favorites that have made it popular are still running. 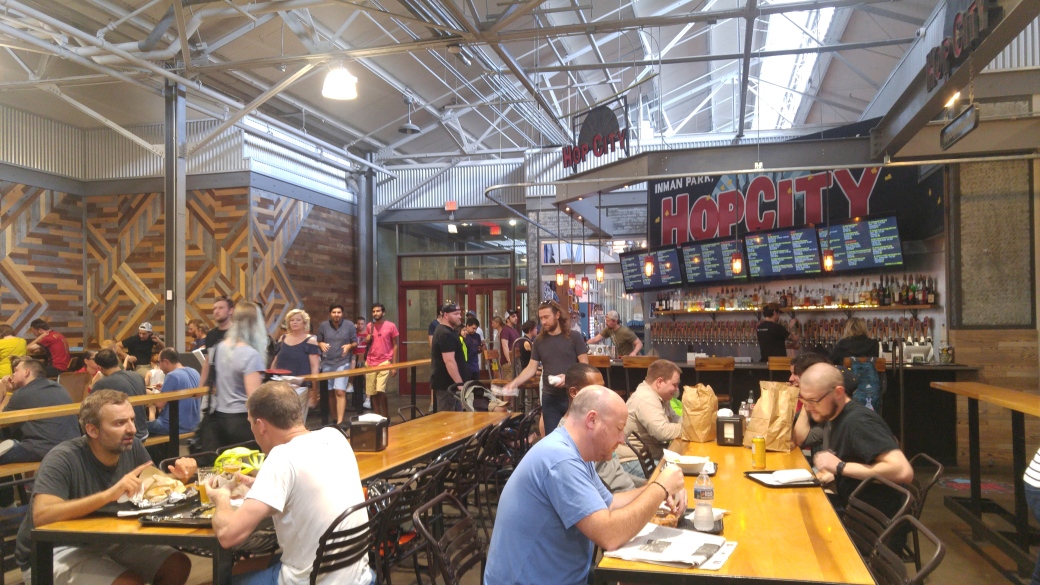 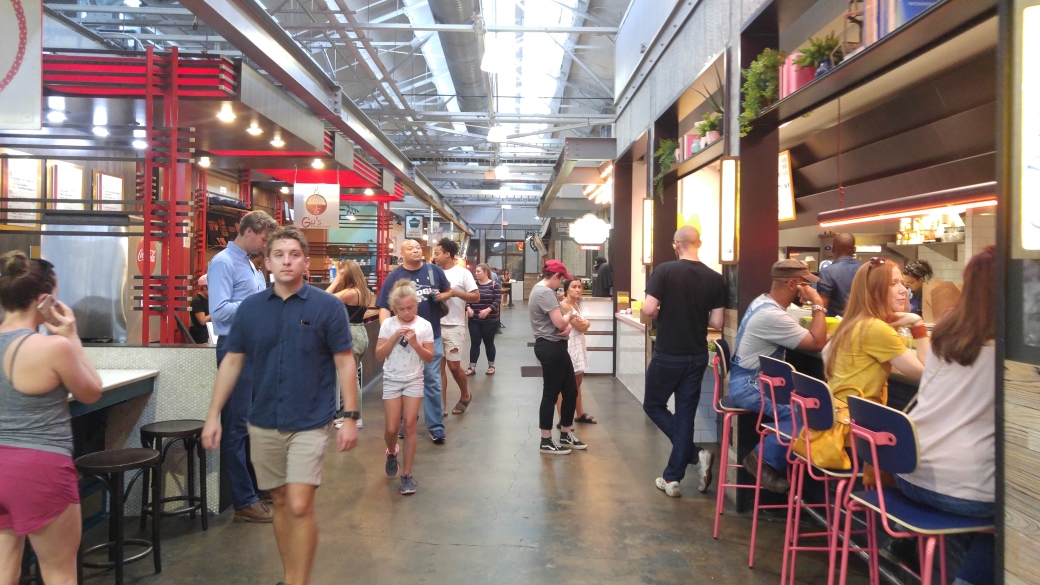 I noticed quite a few people in Krog Street that were in Ponce City Market only a few hours earlier.  What is happening is that tourists and residents alike are using the Atlanta BeltLine trail as the connective tissue to hop between food halls, breweries, and cafes.  As development around the BeltLine trail continues to occur (and it is currently moving at a rapid pace), I would expect that more food-based concepts will open to feed off of the pedestrian, bike, and scooter activity that the trail generates.